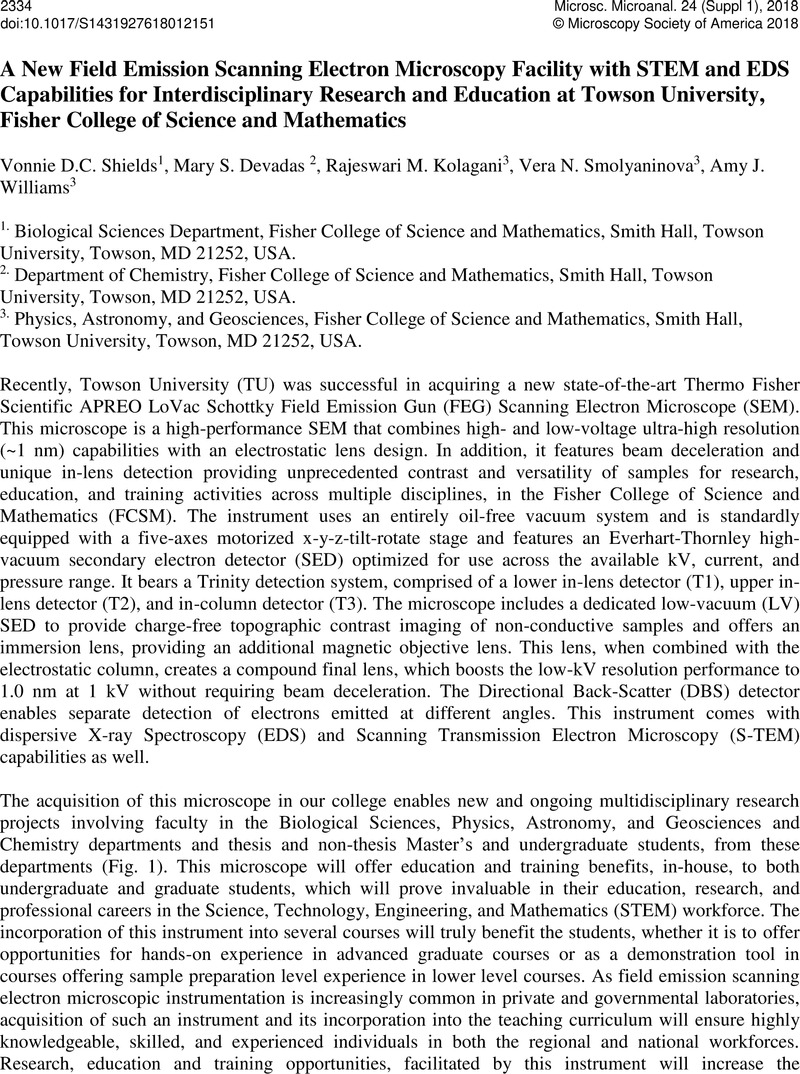 The new $2 million urban environment biogeochemistry laboratory (UEBL) at Towson University’s Smith Hall is designed to address critical space deficiencies in the science department. Located on the first floor, this new lab will support TU’s Environmental Science Program and student research. The building will also be accessible to outside users, both on a fee-based and collaborative basis. For more information on the UEBL, please visit towsonu.edu.

In addition to providing classrooms and laboratories, the Science Complex will also include a planetarium and a rooftop greenhouse. TU hopes to raise $21 million for the project through donations, and will renovate Smith Hall to become a center for research and teaching. The new science building will also feature outdoor classrooms overlooking the campus’ Glen Arboretum, a greenhouse, and a roof-mounted telescope. Though originally scheduled to be completed in 2019, the project was delayed by one year to reduce debt.

Next summer, Towson University plans to begin construction on a new science complex in its Power Plant campus, between Smith Hall and Stephens Hall. The new building will have 316,000 square feet and will house more than 50 teaching and research labs, classrooms, collaborative student spaces, and eight lecture halls. The new building is expected to be finished in August 2020, replacing Smith Hall as the primary science building on campus.

The new building will house more than 3,000 students, including the College of Health Professions and Science Complex. The Science Complex and Smith Hall are among the most visible construction projects. In addition, the University plans to release updates to its 10-year master plan this fall. A livestream will allow visitors to watch the construction as it unfolds. Those interested can view the progress of construction from the University Union and Smith Hall.

College of Business and Economics

The new building will include more than 100,000 square feet of space for classrooms and academic offices. The College of Business and Economics at Smith Hall will have 50 teaching laboratories, 30 research labs, eight lecture halls, a rooftop greenhouse, and a planetarium with a telescope mounted on its roof. The new science building will also include an outdoor classroom next to the Glen Arboretum. Originally, the project was set to be completed in 2019, but TU postponed the construction by a year to reduce debt.